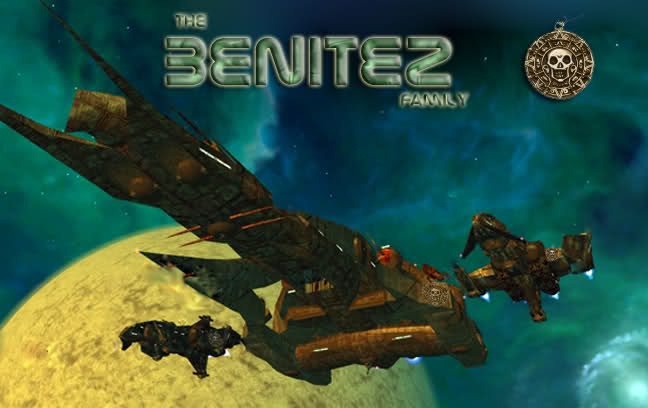 Born on Planet Crete in the year 794 as the son of a high ranking Corsair government official and as the brother to an excellent and respected fighter pilot. Honors life wasn't going to be easy;

Overshadowed by the success of his family members Honor desperately sought a way out of the anonymity, this way he would gain the respect of his father and then he would be know as Honor and not as the son of... Driven by these thoughts Honor tried to excel in everything he did. First at school where he got straight A's and afterwards during his military training. He also completed his initiation (where he had to fly a stripped ship in the Malvada Cloud and return to Planet Crete with an Artifact) in record time.

Afterwards Honor served in a elite unit of the Corsair fleet, he became a Corsair guard. While Honor was happy by being chosen to serve here and by getting the recognition he always wanted Honor still had the feeling he missed something, he just didn't really know what. After some more years he was contacted by a member of the Benitez Family, they had reviewed his accomplishments and invited him to join them. Honored by such an invitation Honor swiftly accepted and is now known as Honor Benitez, one of the promising soldato's in the Benitez Family. Now he feels complete.

These days Honor is the proud pilot of two Titan fighters and one Praetorian bomber. He fills his days by patrolling in Omicron Gamma, defending Planet Crete, pirating traders and last but not least convincing young pilots to join the Corsair ranks and the Benitez Family.