Article possibly outdated (
v4.87.0.5
)
This article has not been verified to be up to date for the latest version of the Discovery mod. The last edit was made on 05.05.2014 (DD/MM/YYYY). You may help by updating it, often by using the code generator.

An ongoing series of experiments by scientists from Kishiro and Samura, has resulted in a slight eccentricity in one of Munich's suns developing into a catastrophic stellar ejection event. These Kusari corporations had leased land on Nuremburg, and in orbit near Augsburg, in order to experiment with gate technology and jump drives. Over several months, the orbital deviation of its smallest star was observed to become larger. It was a 'perfect storm' of the wrong experiments being performed, in the wrong place at the wrong time. Whilst there was plenty of time to evacuate the residents of Augsburg Orbital Colony, the political impact could not be avoided. Kishiro and Samura were forced to pay significant reparations to the Rheinland government. In turn, the Bundestag had to pay for new accommodations for the well-connected elites who made Augsburg their home. Most ended up re-settling on Baden Baden, with the less wealthy residents and workers moving to Nuremberg and Holstein.

The Augsburg colony took the worst blow when the Munich Disaster struck. Much of the base ended up mired in the irradiated murk that now surrounds the system, which has rendered the base all but uninhabitable. ALG is attempting a salvage operation, rebuilding the station using components salvaged from the wreck, but many parts of it are irreparably damaged. The Junkers have also been drawn to the wreck, and have begun stripping down parts of it - salvaging whatever valuables or information the wealthy inhabitants may have left behind during the evacuation. Aside from ALG and Junker salvage vessels, few civilian ships are able to safely operate inside the irradiated belt, so the Rheinland authorities have not been able to put a stop to the Junker activities.

Although the Augsburg colony took extreme damage during the Munich Disaster, it was not considered to be a total writeoff. In what may be the largest salvage contract since the Yanagi project, ALG was tasked by Republican to dismantle still functional parts of the Augsburg colony, and reassemble them into a new station outside of the irradiated zone. Analysts are sceptical that the current state of Munich will be a large attraction to wealthy inhabitants, and expect that Republican will turn the station into a production facility of sorts. 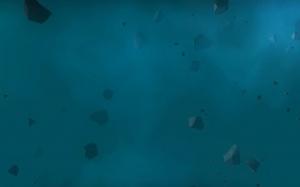 A beautiful cloud of green dust and asteroids in the west of the Munich system, the Schwarzwald Cloud contains significant amounts of cobalt that Kruger Minerals has mined for centuries, although in recent decades it has suffered considerable setbacks after continual raids on the mining platforms by pirates. The Unioners and the Bundschuh often frequent the cloud, sometimes launching attacks against Augsburg Orbital Colony. However, the colony is well protected, and the pirates may only succeed in hijacking the occasional trading convoy. The Bundschuh are also believed to have a base in the cloud, although its location is unknown. 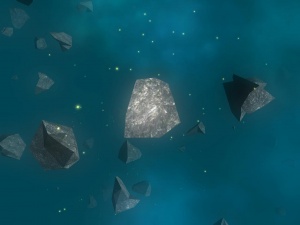 A beautiful cloud of green dust and asteroids in the north of the Munich system, the Alps Cloud contains significant amounts of Silicon that Kruger Minerals has mined for centuries, although in recent decades it has suffered considerable setbacks after continual raids on the mining platforms by pirates. Up until a few years ago, Corsairs were often sighted in the cloud and it was believed to be the primary meeting point for the Unioners and Corsairs. Since the ending of the Corsair-Unioner alliance, the Unioners have used the cloud as a hideout to launch attacks against Ingolstadt, and it is believed they have a base located somewhere within its confines. 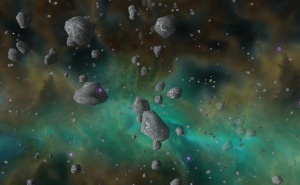 A mineable asteroid field named after a large German lake, Chiemsee is currently mined by the Daumann Heavy Constructions. Raubling Station was built by Daumann in the vicinity of the field.