Omicron Phi is a core system of the Outcasts and closed for civilians. It holds Corsica; one of the biggest space stations in Sirius and maybe even bigger than Heaven's Gate in Tohoku.

When the Outcasts first explored the Omicron Phi system, not many had been looking forward to exploring the Austera Nebula. Not only were nebulas prone to housing unforeseen hazards, the Outcasts were also suspecting that they were encroaching dangerously close to the space occupied by the Nomads. While the Nomads had never been hostile to the Outcasts, the latter were unwilling to provoke them for fear of breaching what was perceived to be an uneasy peace. The Austera Nebula was surveyed once, briefly, concluding that no valuable resources could be exploited in the area. Curiously enough, any further surveys had been forbidden by command on Corsica soon after and an explanation had never been provided. 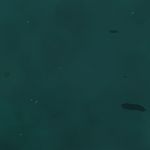 Avoid at all costs. A small Black Hole discovered by Outcast Edmundo Razgriz and named after him. This is a unique phenomena in the Sirius Sector, characterized by a minuscule area of effect. There was a planet, Corsica, relatively close to the Black Hole, rumored to be the home of a legendary Outcasts wing of elite pilots the Ghosts of Razgriz. Chances are high of the remains of the planet to be found within the confines of the Austera Nube which moved in closer to the Black Hole attracted by it's weak gravitational well. However, the Ghosts of Razgriz are legend themselves, so the planet may be just a legend as well. No one has returned to speak about it and the Outcasts don't tell such stories to strangers.

Ever since Corsica existed, the Razgriz Abyss' gravitation has continually torn off parts of the planetoid in which the Outer Sanctum was hewn and pulled it towards itself. Whereas it will still take hundreds of years before the decay is predicted to become a problem, the Outcasts see it as a warning sign in more ways than one whenever they behold the way nature inevitably reclaims what belongs to it. With the Corsica planetoid being surrounded by a mine field, it is not seldom that fragments collide with the mines and set them off, thus destroying them. However, the families that sustain the Outer Sanctum are not shy to pump ridiculous amounts of money into its maintenance and security.

A field of rocky particles coalescing into a ring system around Planet Sardinia. No further information available.