During the Great War, after the Alliance sleeper ships had escaped, an alien vessel appeared in the Sol system. Unbeknownst to the colonists, the ship was controlled by the Slomon K'Hara and was bent on destroying the solar system. Among stunned humans, Alliance and Coalition alike, the vessel fired some sort of torpedo at Sol's sun, causing it to go supernova. This destroyed everything in the system, save Pluto, which was heavily scarred. This blind luck allowed Atticus Rockford, a general, to pursue to colonists to warn them of this encounter. It is unknown if the weapon was destroyed in the attack and if there are more of them. 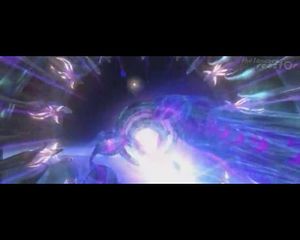