Born on Trenton Outpost, Emily started to become interested in space travel when she was around 14 years of age. She started to train as a fighter pilot, but when she was 16 she was directed to join the bomber division by Universal Shipping Incorporated. She was officially hired by Universal at the age of 17, due to her impressive learning and combat skills. She continued training as well as becoming one of the top student pilots Universal had ever seen. Soon she had past her Universal Bomber escort test. She started to escort the top running Traders such as Richfield and Boston, as well as learning to become a Heavy Fighter Pilot. As Emily started to travel into other Houses, her reputation in Kusari started to fall. She helped an escape pod which came from a Bretonian Trading vessel. In-response the Kusari Naval Forces took Emily and interrogated her. After a few days of interrorgation Emily was set free from the Naval Forces, due to her humane nature to help other people as well as her self. However the Kusari State Police remained hostile towards her. They told her she will be shot if she ever entered Kusari again. During her career in Universal Shipping Incorporated she met alot of people, which she got to know as friends, such as Jeffrey Adams. Emily got alot of help from one of her childhood friends, Henry Noxville.

Emily applied to become a Agent within the Liberty Security Force, they accepted her with pride. During her duties, she met alot of unusual people she never thought she's meet. Christopher Dangen was a ex-order which was on the run, he randomly made contact with Emily, and they started to sleep together, however, Emily and Christopher decided it was too risky to be seen each other, and they departed ways. Emily recently caught up with Chris. During her time within the LSF, Emily worked her way up the chain of command when she reaches the position of Advisor in the Internal Affairs. Emily began dating a Liberty Navy Officer, however, he was presumed KIA ( Killed In Action. This gave Emily to concentrate on her job.

Emily's personnel life is kept secret. She doesn't like to talk about it much, but when she became pregnant with Keith Davis's child, Emily had to tell him ASAP, oddly enough. Keith reappeared, but now he was part of a secret division in the LSF. Keith began seeing a woman named Veera Allen. Emily told Keith however, Keith denied the thought of becoming a father, but after much talking with Emily, he came across that he was going to help Emily raise the child. Eventually, Keith left Veera, and started seeing Emily again. Emily denied all feelings for Keith, until she fell in love with him again. Keith proposed to Emily, and they are now engaged. 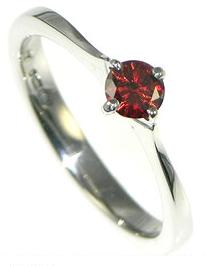 With Emily terminated the contract with [convoy]. The Royal Oak was removed from Emily's command, along with her visa to be work in Bretonian space. A few days after she terminated the contract, Emily saw refuge back in her home space. Liberty. The place which Emily wanted to forget, but since her departure from Liberty, it was calling her back. With Emily loosing her baby boy her life wasn't as she prepared, according to her planning, she would be a engaged mother by now, with a stable flow of credits. However all she had now was her name, and ID.

Finding it tough to cope in Liberty without much money, or stability. Emily looked for jobs, never was it so hard for a ex Escort, ex LSF agent to get a civilian job. Failing at most interviews, Emily saw that her only option would be to re-join the LSF. And forget the recent events. Keith never shown his face again, nor did he contact Emily through her pregnancy, the only close person she had was a Doctor Holiday.

Emily taught herself to forget about Keith, and remain focused on her old job, working with the Liberty Security Force. She was doing a well job, until and personal enemy popped back into her life. Veera Allen the very same which Emily had concerns with her and Keith, Emily often thought that Keith would cheat on her with Veera. Though with Commodore Christina Robinson in a Liberty Siege Cruiser just a few clicks away from their location. Emily had to control herself. As the encounter progressed Emily learnt that Keith also got Veera pregnant, and also cheated on her. Keith's true colours were being shown, after months of wonders, the answers finally became clear.

Emily served as a Freelancer within the Borderworlds, with the advancing Gallic fleet at the time, the market of freelancers moved there. Upon serving whoever will pay she has found new allies and friends among the 27th, as well as the BAF.

Emily was involved in a skirmish above planet Leeds, this resulted in her Avenger being damaged, causing her to crash land on Leeds. This was hours before the glassing of Leeds. Emily escaped with several other people.

As of year 828. Emily is now serving with the Unione Corse, and has been recently promoted to the rank of Capataine - Giving her more power, and some influence into the High Command chain. # Though she serves and flies amongst the Gallics, Emily is still haunted by the actions of the Royalist, and aims to bring a end to their war crimes, either through the justical system in Gallia, or through the dark shadows in which the Unione Corse operates.