Ryan's father was an LSF agent, who raised him after his unknown Rheinland origin mother left Liberty. He was brought to the world by his mother on Freeport 2, which left missing several months after, leaving his father to take care of him. He rarely saw him, for he was always away on some "important classified missions". Most of the time he spent with his uncle who was a carpenter on Planet Denver, crafting souvenirs for passing foreign visitors.

During his teens, he was a rather nice fella, but he had a nasty habit, to steal. He stole everything remotely valuable, just for the pure fun of it, but always returned it to it's rightful owner, just to prove he could, and he was damn good at it. He never got caught though, until the point his father decided they should move to Bretonia, for his retirement. Ryan was disgruntled by this decision, for he was loosing all his friends, family and everything.

When they arrived on Cambridge, Ryan had no other fun rather than to steal something. He continued with his little fun for a while, until the point he realized that the police forces in Bretonia, were much, much more organized. He was caught while trying to pickpocket a police officer, and take his stun stick from him. The officer however, noticed this even though Ryan had the nimblest fingers ever. The officer started to chase him, doing so for a few blocks, and leaving moderate havoc on their way. Spilled trash bins, destroyed flower beds. When he was at last cornered, Ryan did not know what to do, because it never happened to him before. Ryan was a strong lad, so he thought to get away by beating up the officer, but he forgot his stun stick, and it ended up how it shouldn't have.

Ryan was sent to a reform school or rather something they liked to call a "juvenile correctional center" just a few kilometers away from a city named "Eagle's Creek". Even though his father persisted to let him out, the police did not give up. In the reform school he met a quiet and strange guy, named Leon. They grew close together, often even causing moderate trouble together, most of which was never seen by the teachers though. As their correction time was over, Ryan and Leon however left in separate ways, Leon joined the Bretonia Armed Forces and Ryan left, to join the Bounty Hunters Guild...

Two years in the Hell Core 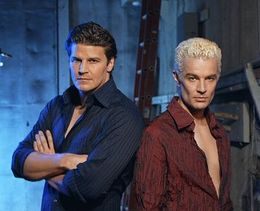 In 815 A.S, Ryan was a successful young hunter and has made a small fortune out of killing the Corsairs alone. He and his partner, Brandon Cox, worked in the remote Omega Worlds, fighting the Corsair infestation that plagued the area. Working together, they were working it up through the ranks and the respect of the Guild, but it never felt quite like a calling of their life. They heard about the Guild Core, which operated in the remote Nomad worlds, seeking alien technology, and waging a bloody war with The Order.

After even receiving an invitation to join, they cleared out their paperwork, their identifications, and headed out to embrace their new life, as Core Agents. They were rookies in this new place, even though they were aces from where they came from. The enemy they faced there, was something they didn't expect. The Order was well organized, well trained, and powerful. The Nomads were, savage, primal, frightening and merciless. Many of their newfound comrades fell into the hands of the above mentioned, and that what the Core described in their invitation, did not exist. Instead of paradise of glory and alien technology, they found the hell pit of the universe, stained with blood of countless souls.

As many were lost, the day came when his partner Brandon was reported MIA after he went on a reconnaissance mission deep into the Kiribati field, he was never heard from again. Ryan was disgruntled with the war that raged there, he felt alone, he felt deceived and betrayed, even. He knew that this was no longer the life for him, and that he must seek out a living somewhere else, far from the Nomad worlds, and the curse of war that follows them...

He sought out his old friend Leon Matthews, and found him of course drinking on the Barrier Gate Station. They had a drink together, and decided to join forces and live a life of freedom, as Freelancers... 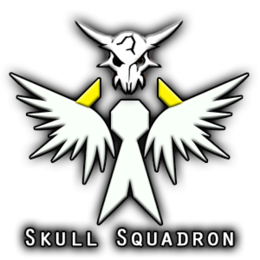 Many years after Freelancing, he have lost contact with Leon. He felt lonely again, he felt tired, he felt unsafe. One day, in Omicron Theta, he saw few Sabres flying near Freeport. A nearby Zoner pilot called them Reapers of Sirius, those who will bring Utopia to this unstable and dangerous space.

He decided to join them, but he didn't knew any of them, but in moment when he didn't expected, female pilot took a seat near him and ordered drink. He watched at her few moments, then decided to talk with her. Kate Golanska was her name, member of Reapers of Sirius. His hope for finding friends even, was stronger now. Kate told him that Reapers did noticed his fighting skills from earlier and she invited him to join them. As Freelancer, he did a lot, for the good and bad people, so he was bit afraid now. Maybe it was an trap, he thought. After few moments of thinking, he accepted her invitation, and got anything he needed to operate. A Sabre, Wyrms and his choice, Starkiller torpedos.

Long time after he was invited into Reapers of Sirius and serving to them, Kate and Ryan decided to open their own bar on space station known as Safe Haven, in Cayman system. While Kate did most work on interior, Ryan talked with most influential people on station, who aided him to make that bar to fully operate and have most respected and influential people visiting it.

Being place where many travelers going deep to such systems from all over Sirius could meet each other, possibly most of drinks were available, with exception being Gallia at least for now. Braillian peace keepers have did their best to hold friendly atmosphere for everyone who came in with no intention of causing troubles. The only ones banned from entrance were Sirian Coalition pilots together with their Hessian allies.