Article outdated
This article needs to be updated to reflect the changes introduced with the latest version of the Discovery mod.

The Order is a paramilitary organization dedicated to the defeat of the Nomads within Sirius. The organization was formed by was founded by one of the last uninfected members of the otherwise unrelated Order of Cincinnatus, a man named Casper Orillion. Orillion founded The Order after it became apparent that the majority of his colleagues and superiors within the Order of Cincinnatus were infected and planning to destroy humanity.

After the temporary defeat of the Nomads at the end of the Nomad War, Orillion commanded The Order for some time, before disappearing from known space. In the absence of the founder, the Order High Command was set up to be the leadership body of The Order.

Over time, and with a lot of care, the organization grew tremendously, having eyes and ears in every corner of Sirius. The Order Primary Fleet is dedicated to the defense of Order territories, the destruction of all alien factions (Das Wilde, Slomon K'Hara, The Phantom Empire) and the protection of Liberty from aliens. 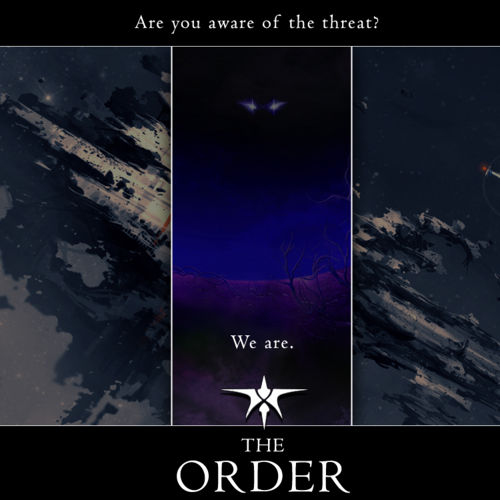 The Order that we know of today was originally part of the Order of Cincinnatus Citation required (founded in 28 A.S.), a secret branch of the Liberty government that was originally created to research the Alien Artifacts found on Planet Manhattan and also establish a dictatorship over the Liberty Republic if and only if its survival was threatened. Once the threat had passed, the Order of Cincinnatus would retreat back into the shadows.

In 800 A.S, the defenders of a supposed extinct species known to humans as the “Nomads”, invade first the Rheinland house, and infest the leaders of the government. On a diplomatic envoy to visit the President of Liberty, the Rheinland diplomat is killed by a group of terrorists known only as “The Order”. After this event, Order agents are seenthroughout serious committing what may seem to be terrorist acts. However their true targets are the attackers to humanity, the Nomads. The alien species has the capability to infect a human and presume control over its body. The plan; to turn the houses of Sirius against each other in order so that an attack by the Nomads can be successful. However in 801 A.S, the Order successfully manages to drive the Nomads back through an ancient jump gate they discovered, and since that day on, the Order has kept the aliens at bay and are ready defenders for all of humanity.”

While Orillion ruled the Order, which was in essence, fairly small at the time, a small wing of elite pilots led by Jonathan Pryde arose to fly high-risk and dangerous missions for the Order. Once the great leader of the Order, Casper Orillion, passed away, Pryde came into control and became Grand Admiral of the Order. Pryde’s group of elite fighters came into control of the Order and for ~15+ standard years, Black Squadron was ruling the Order, with only small amounts of Order members flying independently for specialized missions. Pryde passed down leaderships to a young man named Dustin Hoff, who commanded the Order for the most time out of any other leader. After his retirement, a rather quiet man, known only as “Helljumper” became leader. Helljumper however, ruled for the shortest amount of time, as he himself retired, leaving Adrian McKinley in command of the Order. 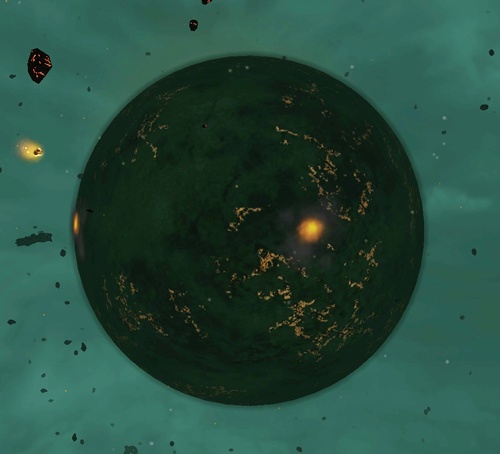 Planet Toledo, the main rally point of The Order.

By the year 816 A.S, the Order was no longer a small fleet controllable by one man. Members from all reaches of Sirius had joined, and the “fleet” expanded into the main body and various smaller forces. The Order had also discovered a new system within the Omicrons and declared it their home. Having established friendly relations with the Corsair and Zoner factions, as well as hostilities with the Liberty and Bounty Hunter factions, the Order became a larger body. Naturally, a power struggle began, as many believed no one man should be “supreme leader” of the Order. Seeing these tensions rising, Adrian McKinley resigned as leader of the Order, temporarily keeping the Organization without a head. Sius Malacos, McKinley’s second in command, took action, and along with 4 other highly qualified members of the Order, created the Order High Command. This High Command, compromised of 5 members, took the role of the Order’s leadership, as a more democratic form of government. While classified as a terrorist organization by the Liberty government, the Order has historically been regarded favorably by Rheinland, likely due to Rheinland's own problems with The Wild, and is considered neutral by Kusari and Bretonia.

Since it's inception, the Order has been based on Planet Toledo in the Omicron Minor system. During the Battle of Omicron Minor in the Nomad War this base was severely damaged by bombardment from a Slomon K'Hara fleet, but was later rebuilt and is now used by both Order pilots and allies alike as a supply base and safe haven.

The Order of Cincinnatus still exists even today though it has only met a handful of times. It is speculated that one of the early members of the Order of Cincinnatus was Atticus Rockford, an Alliance general who fought in the War of Sol and survived contact with the Nomads on the dark side of Dwarf Planet Pluto.

The first initiative this newly founded group engaged in was the creation of a “primary fleet”. This fleet would be the largest among the Order, and would be compromised of what was Black Squadron, as well as newer members who decided to join the fleet to do greater good. While smaller groups existed, the primary fleet was the bulk of the Order force, being the largest and most powerful fleet the Order had yet seen. The group operated out of Omicron 100, and was led by none other than Sius Malacos, the man who greatly helped in creating the Order High Command.”

The Order is now compartmentalized into a cell-based structure. Different cells operate independently, with the Overwatch providing necessary overall direction.

The Overall heads of the organization.

The heads of a house-based cell.

Operations and battlefield leaders, reporting to their Cell Directors. 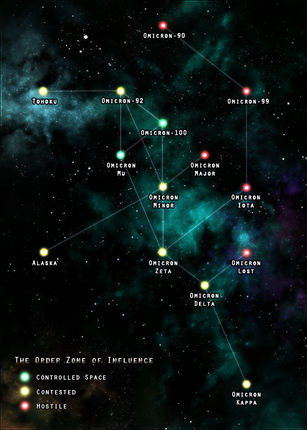 The Order's Zone of Influence

Naming conventions for Order craft are as follows;