This is an unofficial player group. For the affiliated NPC faction, see Gaians. 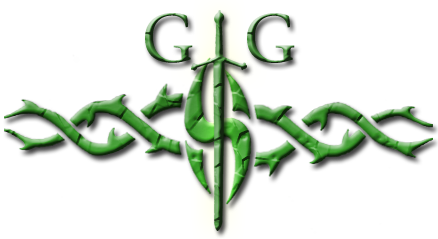 The Gaian Guard is the currently dominating cell of the Gaians. Composed by a huge variety of individuals, from die hard ecologists and religious zealots to simple pirates and fugitives. The cell is vaguely divided into two subgroups, a trait inherited from two separate cells that founded this organisation in middle 822 AS. The two subgroups are as follows: the Eden Initiative is the religious part of the Guard while the Watchers are the die hard scientists.

The Guard’s birth was caused by merging of the two subgroups. Both sides decided that it'd be a lot easier to work closely together rather than working alongside eachother. And it had it's effect, with more people and more guidance the Gaian Guard managed to spread it's influence, coordinate it's attacks and maintain it's relationships with groups across sirius.

What really makes this group stand out, is that they are first Gaians to introduce a hierarchy. Fresh members start with Initiate rank and after a short trial period and proving themselves during a combat or diplomatic mission they are promoted to Guardian rank. Guardians form the bulk of the organisation, carrying out "day-to-day" tasks and serving as their main combat force. The most prominent Guardians are offered a chance to pass an unspecified ritual that will allow them to join the inner circle of Sentinels. The Sentinels are the most devoted and recognised people among the Guard and form the high command of the group. One of the Sentinels is elected as the Warden. Although not possesing any noticeable authority over other Sentinels on a day to day basis, the Warden is generally the most respected Sentinel and has a variety of representative functions. In times of need he or she can assume total control of the Guard, should the organisation ever face a threat that endangers their very existance.

The Gaian Guard is formed by two smaller Gaian groups named "The Watchers" and "The Eden Initiative".

The Watchers were once a colourful association of various individuals. The majority of their ranks were made up by scientists of all fields, often with a tint of spiritual beliefs. Over time the Watchers became weakened by a multitude of factors that thinned out their manpower and supplies. In the end, only the most loyal core of the group remained and dedicated it's work to research and other supporting actions rather than leading the charge. The remnants of the Watchers are among the most "reasonable" Gaians. They tolerate considerate mining operations in space or small scale and careful exploitation of worlds, although their stance on terraforming, slavery and cardamine trade remains the same. Their duties within the Guard are scientific research, engineering projects and logistics. In addition, the current Warden of the Guard is affiliated with the Watchers subgroup.

Unlike the Eden Initiative pilots, the Watchers tend to not apply any unique markings to their vessels.

The Eden Initiative is a popular, religiously developed movement devoted to the protection and conservation of planet Gaia and nature in general. These religious terrorists are convinced that planet Gaia, seen as their god, is the spirit of the Sirian nature and all it's assests. Their religion strongly opposes mining, artificial food, cardamine or other addictions and slavery. The Eden Initiatives main objective within the Gaian Guard is to spread the wonderful thoughts and values of the Gaians and mainly diplomatic issues. Besides that they take part in all the attacks and patrol duties. Further they are charged with the education on Gaian values for initiates. Members of the Eden Initiative cell can be recognized by their tag at the end of their call-sign. {&}

As mentioned before, the Gaian Guard is the first Gaian cell to implement a ranking structure. In order to be able to maintain a strong policy with regard to the ecological and religious aspect the following rank structure has entered the life of the Gaian Guard.

Fresh members start with the initiate rank, where they learn all the aspects of the Gaian being. Initiates need to be able to fight, negotiate and represent the Gaian Guard at all times. Only hard training and education in Gaian values can bring them on the enlightened path. As soon as they managed to complete their training and education and have proven themselves during a combat or diplomatic mission they are promoted to Guardian rank.

Guardians form the bulk of the organisation, carrying out "day-to-day" tasks for the Gaian Guard and serve as the main combat force. They have good knowledge of the Gaian values and are well trained in combat and sabotage. Diplomatic mission are mostly carried out by someone of the Inner Circle and accompanied by the best Guardians. The most prominent Guardians are offered a chance to pass an unspecified ritual that allows them to join the inner circle of commanders.

The Sentinels are the Guard's most powerful members. The group is composed of the two leaders of both cells and the most prominent Guardians who earned their recognition through various achievements. Aside from governing the Guard, Sentinels make important decisions regarding diplomacy, operations, technological permits, promotions and new directives for the organisation to follow.

The Warden is the most recognised of all Sentinels. He or she is serving as the "face" of the Guard in most official diplomatic contacts, especially during establishing the initial relations with a new group. In times of need the Warden has the authority to assume total control over the organisation, provided that the majority of Sentinels vote in his favour.